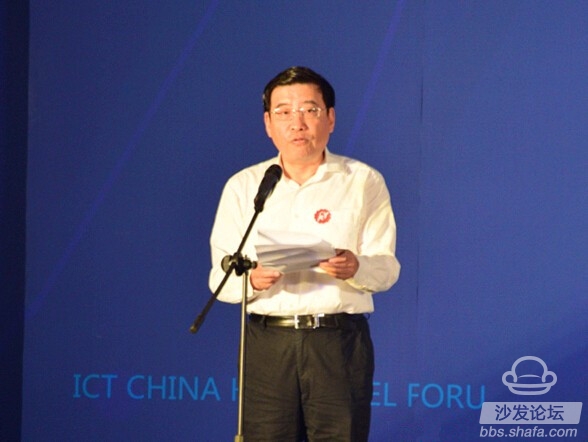 At the same time, the Ministry of Industry and Information Technology began to pilot the mobile communication resale business in 2013 until the end of the pilot on December 31 this year, which is exactly 100 days. The Daily Economic News reporter learned from Zou Xueyong, secretary general of the Virtual Operator Industry Alliance, that the Ministry of Industry and Information Technology is evaluating virtual operators of pilot resale services and will obtain a full license after the assessment.

During the two-year virtual pilot pilot program, the total number of virtual business users exceeded 10 million, transitioning from traditional package spending to low-cost personal consumption such as â€œzero monthly rent, no packages, and unclear trafficâ€. Zou Xueyong told the Daily Economic News reporter that the introduction of virtual operators, through the way of market competition, has also forced the mobile operators, Unicom, and telecommunications operators to further accelerate their fee reductions.

The next step to increase all-optical network construction

The reporter combed out and found that since the two sessions of the National Committee this year, Premier Li Keqiang has publicly stated that he has urged operators to speed up and reduce fees. In May of this year, the General Office of the State Council also issued guidance on accelerating the construction of high-speed broadband networks to accelerate network speed-down.

Subsequently, the Ministry of Industry and Information Technology, as the industry's competent authority, proposed that the annual cost of network services by the end of the year be reduced by 30% year-on-year. At the same time, China Telecom, China Mobile, China Unicom, the three major operators to come up with their own speed-reduction plan, saying that the maximum reduction in tariffs more than 35%.

The three major operators have indeed formulated some fee reduction measures. From May of this year, the three major telecom operators in China announced their respective price cuts. The three major telecom operators have reduced the cost of 4G traffic, and have launched traffic-clearing (some services) and traffic-convertible services. However, according to a survey, 78.7% of the 65,000 users surveyed believe that â€œthe three operators are not sincere.â€ In particular, measures such as â€œnight trafficâ€ have become the biggest â€œslotsâ€ for netizens.

This situation may be helpless to the three major operators. Shi Wei, a researcher at the National Development and Reform Commissionâ€™s Institutional Reform Institute, introduced the media. In fact, the current domestic telecommunications operatorsâ€™ profit margins have been low compared to foreign countries, and the mobile after-tax profit margin is slightly higher. China Unicom and telecommunications are still less than 5%. The figure is only equivalent to the average profit margin of traditional manufacturing.

According to the chairman of the China Internet Association, Wu Hejun, the infrastructure construction for China's broadband speed lags behind, and the construction difficulties of residential fiber-to-the-home transformation are also obstacles to speeding up and reducing fees.

At the 2015 China International Information and Communication Exhibition, which was opened on the 22nd, Miao Wei said that the next step is to increase the construction of all-optical networks and 4G mobile networks, expand the scale of 4G, and provide in-depth coverage.

In addition, Miao Wei requires telecommunications operators to promote network speeds and fee reductions, supervise the telecommunications companies to do a good job of reducing the speed of the network, and ensure that the target of speeding up fixed networks and broadband networks is completed by the end of the year, and that mobile traffic units can be completed. The goal of a 30% drop in the average bandwidth tariff level.

Virtual operators are forcing reforms to speed up

As early as 2013, the Ministry of Industry and Information Technology issued 11 pilot approvals for mobile communication resale business operations to 11 private enterprises. At present, a total of 42 companies have entered the pilot.

In the past two years, virtual operators have also explored ways to increase network speeds and reduce fees. Zou Xueyong told the Daily Economics reporter: â€œThe emergence of virtual operators marks the communication industry going to the Internet. At present, there are two main ways for virtual operators to reduce fees: First, adopt differentiated operations, introduce more personalized packages, and be free to do so. Unblocking, free ordering, the most prominent is to put forward 'uncleared traffic'.â€ â€œOn the other hand, virtual operators combine with other industries to use other business income to pay for the reduction in income, such as snail movement. Combine the 170 number with the game and you can use the free flow to play the game," said Zou Xueyong.

The reporter also noticed that such virtual operators as Snail Mobile, Suning Connect, and Ali Communications have introduced "zero monthly rent, no package, unclear margin" and other preferential measures. According to industry insiders, driven by the virtual operators, "unclear traffic" has gradually become the industry trend from the original "old" problem.

BLPS laser safety protective device is designed for personal safety used on hydraulic bender.
The dynamic test technology it used has passed the Type 4 functional safety assessment by TUV, and get the national invention patent. The product reaches the advanced technological level of similar products.
BLPS laser safety device provides protection zone near the die tip of the bender to protect fingers and arms of the operator in close to the upper mold die tip. It is the most effective solution so far to preserves the safety and productivity of the bender.

Previous: How easy is the human-machine interface?

Next: Classification of COB substrates