A recent forecast shows that mobile data traffic will surge 11 times by 20181. In addition, future data traffic on wireless networks is expected to be as high as 190 Exabytes, more than half of which will be transmitted over 4G/LTE networks.

As current 3G network capacity peaks, 4G/LTE deployments are expected to continue to improve their performance to a higher level. While customers enjoy the benefits of increased performance, telecom operators must make significant adjustments to their existing networks. In addition to the faster 4G/LTE services currently available, telecom operators must increase their investment in network infrastructure to increase bandwidth and accelerate network transmission, which will be more than 30 billion wireless by 2020. It is important that the devices are connected. There is no doubt that LTE will help users who are in desperate need of large bandwidth to increase speed and reduce latency, but LTE itself requires two valuable resourcesâ€”time and massive spectrumâ€”to be successful. Let's talk about the small cell (Small Cell).

The small cell base station is an economical device with a higher deployment density. In essence, it acts as a local access line and can seamlessly transfer data traffic on the macro wireless network to the micro wireless network. When used in conjunction with other wireless access network technologies such as macrocell and Wi-Fi offloading, small cellular base stations can provide better mobile and wireless coverage for end users while helping service providers Better manage data traffic and spectrum.

Small cell base stations are divided into three types based on location: residential type for home applications, enterprise/indoor type for small business or retail applications, and outdoor type for public place users. These applications can be used in both licensed and unauthorized spectrum, with coverage in the city of hundreds of meters and rural coverage of several kilometers.

Taking LTE macrocell technology as an example, this technology can achieve a 150-Mbps downlink at 20 MHz without carrier aggregation. Small cell base stations can achieve the same downlink with the same bandwidth. Of course, the average number of users of a macrocell is several hundred, while that of a small cell is usually less than 100, which means that small cells can provide higher throughput for each user in a denser area. .

By deploying low-cost small cell base stations in 4G LTE networks, telecom operators can fill blind spots, expand coverage in congested areas, and provide better services to enterprises. Considering its low cost and compact design, small cell base stations can be deployed in almost any location that requires additional network capacity and coverage, such as shopping malls or public spaces.

Imagine a group of people gathering in a local park for a food festival on a wonderful weekend afternoon. Since almost everyone is using social media today, many people who participate in food festivals use their smartphones to access the Internet while waiting for or enjoying food. As a result, the influx of large amounts of data on the 4G/LTE cellular network will slow down the service and even cause the connection to be interrupted.

However, if you add a small cell base station in this situation, such as installing it on a nearby office building wall, you can increase the bandwidth and easily connect the smart phones in the park that want to maintain data connection, thus alleviating the traffic pressure on the cellular network. And improve the data connectivity of everyone in the area.

Of course, small cells can not only alleviate the traffic pressure of 4G/LTE cellular networks, but also increase network capacity in hard-to-reach areas or indoor locations. This is very important because the higher frequencies associated with the new LTE spectrum tend to result in reduced coverage, especially indoors. 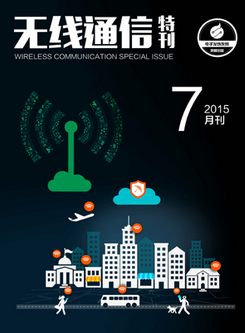 Next: TV box which is good? TV box to buy practical skills