If you want to say that the current advanced technology on the mass production engine, Volkswagen's TFSI will have a place. In 2004, the first TFSI engine was introduced, and the EA888 series released by Volkswagen in 2006 was put into production in China in March 2007. As of July last year, a total of 1 million units were produced. The basic Volkswagen B-Class, Audi A4L And the Q5 and most of the Skoda's 2.0T models are equipped with this engine, definitely called the Volkswagen "star" engine.

Among the highlights of the third-generation EA888 technology listed by Volkswagen, the most striking is the exhaust manifold built into the cylinder head. While other technologies have also appeared on mass production engines for the first time, the technology is relatively unique.

Those who are familiar with the engine structure know that the shape of the cylinder head structure of the engine is very complicated, and it is necessary to install the exhaust camshaft, the intake and exhaust valves, the valve rocker arm, the spark plug, the intake and exhaust passage, the cooling water channel, etc. With injectors, Volkswagen now wants to add an exhaust manifold to a small space. In addition to increasing complexity, the height of the cylinder head must increase and the engine height will increase.

In addition, the temperature of the engine exhaust manifold is very high, and the exhaust end temperature of the four-cylinder engine is mostly between 900K-1100K (about 626-826 Â°C), while the exhaust manifold and the cylinder head have different heat dissipation requirements. Therefore, it is also necessary to solve the cooling problem and redesign the cooling pipe. It can be said that such changes require a lot of manpower and material resources in design and verification. So, what is the purpose of the public to change this? 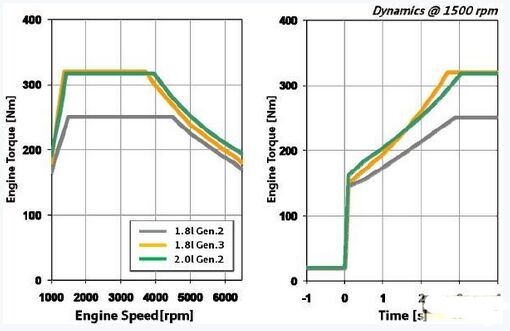 Figure 1 Comparison of the performance curves of the third generation 1.8-liter EA888 and the second-generation two versions 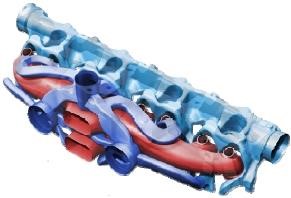 The final structure of the third generation EA888 exhaust manifold is shown in Figure 2, adjacent to the cooling water channel in the cylinder head. Under such a structural arrangement, heat exchange in the cylinder head takes place in a small space, and the temperature of the exhaust manifold is high, so there is an extreme temperature gradient. In order to optimize the thermal and thermo-mechanical performance of the engine, taking into account the cooling effect under different loads, it is also necessary to consider the castability and feasibility of mass production. It is a very difficult challenge for the public, and it is also a difficult and difficult way to please. .

At the beginning of the development, due to the complex heating conditions in the cylinder head, the conventional simulation algorithm could not meet the requirements. Volkswagen also developed some new algorithms for this purpose. Volkswagen said in the promotion of this engine that this is the world's first exhaust manifold designed using this method. Of course, the average car manufacturer will not use such a complicated algorithm, because no one would have thought of using the cooling water channel in the cylinder head to cool the exhaust.

Perhaps the benefit of such a turbocharger is obvious, that is, the life is improved and the mechanism is streamlined, but at the cost of the complexity of the cylinder head structure and the increase in load, the life expectancy will certainly be affected. In addition, from Figure 3, compared with the previous generation of the engine as a whole, the boiling strength of the starting moment is greatly increased. From the maintenance point of view, it is difficult to say that it is really optimized. The typical German engineer's thinking: to create a brand new thing to solve The inherent problems then create new ones. 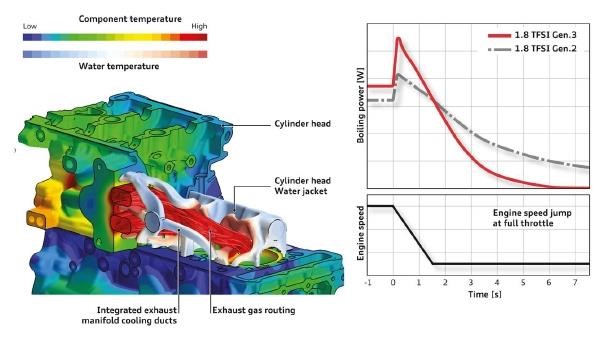 In the name of fineness: friction optimization design and thermal management system

Although the design of the built-in exhaust manifold of the cylinder head can not help but want to spit, the flash point of the third-generation EA888 technology will not be covered by this, such as the refined friction and thermal management system.

In the third generation of EA888, all major friction-related components were redesigned. For example, piston bushings and piston rings are modified to reduce friction with the cylinder; the size of the crankshaft bearings is moderately reduced to reduce design margins, avoid unnecessary waste and unify life; The switching piston cooling nozzle enhances the cooling process and the cooling effect under low load, further improving the crankshaft transmission performance; and the variable pressure/flow oil pump reduces the engine's thermal load.

In order to reduce fuel consumption, Volkswagen has also put a lot of effort into the thermal management system. In addition to using the electronically controlled coolant thermostat for the first time, the cooling cycle is also set to be finer.

The electronically controlled coolant thermostat can be set to allow the coolant to remain stationary during engine start-up for faster warm-up. When it is detected that the temperature of a certain component of the system reaches the set temperature, the rotary valve will open a certain angle according to the need, so that the coolant will flow out slowly at the minimum flow rate, and will not affect the warming machine. 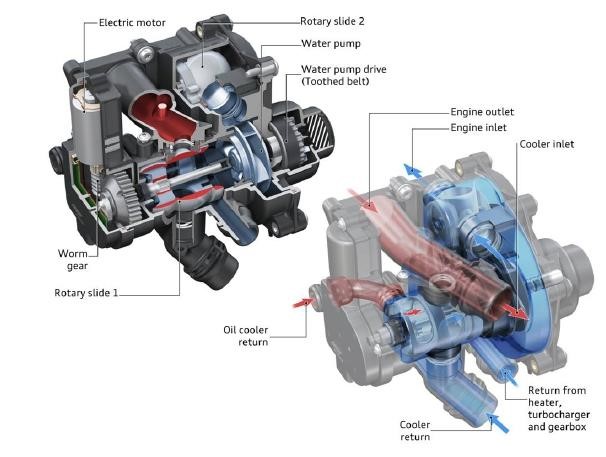 Portable charger which is also named Power Bank or portable phone charger is popular for charging smart phones and mobile tablet devices. Our portable phone battery charger is compatible with most of the mobile phones in the market . there is no need to worry compatibility if you want to use by yourself or send as a gift .

Our power bank is compatible with most of the mobile phones in the market .

There is no need to worry compatibility if you want to use by yourself or send the Powerbank Phone Charger as a gift.

Ultra slim and easy to carry

Li-polymer cell will not explode


The portable battery charger is designed more friendship , and is Built-in intelligent protect chip to prevent overcharge . we aim to provide the best portable charger for customers .

The advantages of this produce as following :

Ultra thin and easy to carry

Both apple and android user can charge and recharge with either micro cable or Lightning Cable .

Next: ON Semiconductor's solution for automotive lighting design trends