A large workshop of 400 square meters is filled with boxes of semi-finished products and finished products, such as â€œbeautifulâ€, â€œOppâ€ and â€œPhilipsâ€. Four or five workers are busy all day long. At first glance, this will be regarded as the manufacturing point of these brand-name lamps. However, this is actually a den of fake and fake lamps. On the morning of October 21, Changzhou police succeeded in terminating the den according to the clues, and the reporter rushed to the scene. 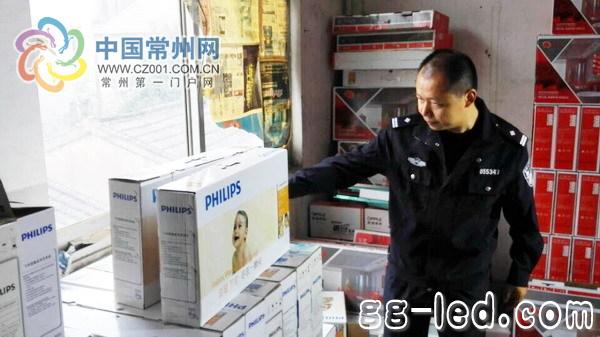 The den is located on the second floor of a garage in Dongfang Avenue, Zouqu. "As soon as we walked in, we were all shocked. It was like this. Even the latest models we have just released are here." This is the Mr. Xu, a counterfeit officer of Op Lighting. Mr. Xu told reporters that in the past two months, their head office has often received complaints from Changzhou Op's dealers, saying that there are counterfeit ops in Changzhou. â€œAfter we went through the investigation, we first learned that there was a fake point in the Zouqu Lighting City. After tracking this store, we finally found this fake nest.â€ Then they provided the clue to the Wujin Police Economic Investigation Brigade. 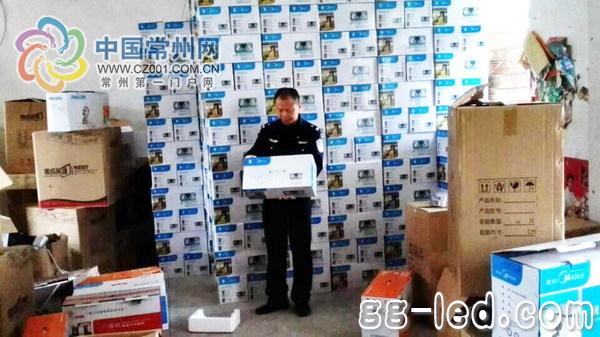 On the morning of October 21, the District Public Security Bureau Economic Investigation Brigade and the Zou District Police Station investigated and dealt with the fake dens reported by Mr. Xu. "When we came in, we saw a man and a woman checking the goods with the invoice and preparing to deliver the goods." Xiao Xiaoyang, the squadron leader of the Third Squadron of the Economic Investigation Team, told reporters that at the scene, they found a lot of invoices, most of the goods. They are all sent to Jiangsu, Zhejiang and Shanghai, and a large part of them are Taobao merchants. In a factory area across the road, the police found the finished product warehouse placed at the counterfeit point. The reporter saw that the 500-square-meter storage area was filled with finished cartons, leaving only trails that could be swung. According to preliminary estimates by the police, the value of the two goods is as high as more than 4 million. "It is the largest counterfeit and sold lighting fixtures that have been investigated and dealt with in recent years," said Xiaoyang Yang.

According to the suspect, Zou, who is the person in charge of the den, they have been engaged in counterfeiting and selling for about 3 years. They bought some inferior lamps at low prices. After being branded and packaged, they became famous brands. Lighting, in order to earn high profits.

It is not difficult to see from the number of invoices that the business of the den is quite good, and the reason is nothing more than two. "One is cheap, you look at this latest Yuba, our Opal store is priced at around 900 yuan, and this counterfeit is only about 180 yuan, basically one-fifth of us. There is also a The reason is that the pretending is very realistic, the outer packaging is exactly the same." Mr. Xu said.

Mr. Xu said that Optel Lighting's product packaging currently only appears Op Lighting Co., Ltd., Op Lighting (Zhongshan) Co., Ltd. and Suzhou Op Lighting Co., Ltd., others such as: Guangdong Oupu Electric Co., Ltd., Guangdong Oupu Kitchen & Electric Co., Ltd. These are all counterfeit manufacturers. Then, as an ordinary consumer, how do you tell the truth when buying some big brands with special lamps? In this regard, Mr. Xu said, the first is to look at the appearance. Generally, the work of counterfeit lamps is rough, the burrs of the corners are more, and the anti-counterfeiting marks are generally not available. "Our genuine switches and rectifiers have anti-counterfeit marks." Then look at the translucent surface of the lamps, the glass surface of the fake parts. Generally not transparent, you can't see the light bulbs and reflectors inside, and there may be impurities inside. And genuine lamps do not have such problems. In addition, the fake lamps generally have color irregularities, the colors are light or heavy, and some counterfeit products also have the phenomenon of color loss. "The other way is to look at the price. It is really cheap and outrageous. For example, we have a special discount, and the biggest discount is about 10%."

Exceed Military Grade Anti-Drop Standards:Wearing phone case, your phone is certified to survive even if it falls 26 times from a height of 6Ft to a hard ground. Raised edges on both front and back strengthen the protection for camera and screen.
Keep Slim While Providing Military Grade Protection:Thanks to hybrid structure of rigid PC back with soft TPU edges equipped with Air Cushion Technology, this phone case half clear case maximizes the protection while keeping the profile as slim as possible.
Skin-friendly Nano Oleophobic Coating provides silky touch on back, feels so smooth, amazing comfort, while the non-slip bumper will provide an excellent grip and the German Bayer translucent material allows you to flaunt the Apple logo.
Super Anti-Fingerprints & Sensitive buttons:Thanks to matte non-glossy material, this phone case is super anti-fingerprints, anti-scratch and anti-oil. Independent and sensitive buttons will give you a definite touch feedback when pressing them.
Support Wireless Charging & Lifetime Warranty:You can enjoy wireless charging any time wearing this phone case.

Next: Electronic ink can also be used as a strap