It is undeniable that high technology such as robotics, 3D printing, artificial intelligence and algorithm engineering is changing the future. These technologies are reshaping things around us. Their role is so great that many people refer to them as a brand new industrial revolution.

The maturity and application of new technologies can enhance people's ability to bring work and life to a new level. The input of the machine can reduce our work, protect our employees from repetitive tasks and tasks that may harm health, and even perform work for humans in a dangerous environment.

Machines and automation systems can free up a lot of time for people to focus on more valuable work and make us more creative. However, it is true that with the emergence of new technologies, old technologies will inevitably be eliminated. Abandoning useless work and creating more valuable work is the norm for the survival of the fittest in this world. The recently released World Economic Forum report states: â€œMany countriesâ€™ careers that are most needed today do not exist five to ten years ago.â€

So what exactly does the work brought about by the "new industrial revolution" look like? Below, the OFweek3D print network combines major data to predict the most important industry changes as of 2030.

Here are the top five most potential engineering positions in the future: 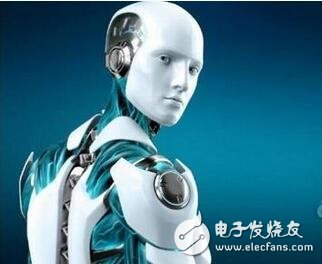 The functions of robots have been developed and programmed more and more widely, repeating specific tasks, assembling parts in automobile manufacturing plants, and even analyzing file contents... More and more robots will gradually participate in human work. In the event.

However, because robots do not have the ability to think independently, the emergence of robots does not lead to the loss of a lot of work. For example, a chef who carefully considers the flavor of the dish, combs his brains and makes delicious dishes will not disappear quickly, but the time-consuming task of cutting onions and chopped carrots may be done by training the robot and saving more time. In the near future, robots through learning, it is possible to completely distinguish and understand a variety of vegetables, because they all have a unique shape.

As more and more products begin to be equipped with sensors, their role in the Internet of Things is becoming more prominent. However, how to make all Internet connected sensors communicate with each other is a bigger problem. Through sensor integration technology, your shoes can monitor your movements, your refrigerator can order eggs... This is not the point, the point is, when you wear shoes for a day, when you become a dog, the shoes can be told by integrated sensors Refrigerator, you are too tired today, protein drinks can be doubled.

This may not be a very typical example, but it is true that the demand for engineers who can program and integrate sensors is on the rise. The investment in sensor programmers and system integrators allows people to create sensor networks in residential buildings, and allows people to build integrated devices in the home and even analyze sensor data to further develop more advanced products.

For example, a company aims to increase the energy efficiency of its washing machines and dryers. One possible solution is to use sensors to track the clothes to detect when the clothes are dry enough to shut down the machine on time. However, with the sensor integrator, people can add a humidity sensor to the system, allowing the washing machine and dryer to rotate for a longer period of time, which also allows the drying time to be greatly shortened, saving more time and resources.

Sensing integration technology is very beneficial to manufacturers because system integrators will have to ensure that the machine can communicate with all other types of devices in the plant. In the long run, this is a very sensible, energy-saving and promising virtuous cycle that will inevitably lead to greater employment opportunities.

A growing array of algorithm design systems provides countless design options for each standard, such as weight, force, scale, cost, count, size, and more. Humans will invest less time around the shape of the product and how it is built. 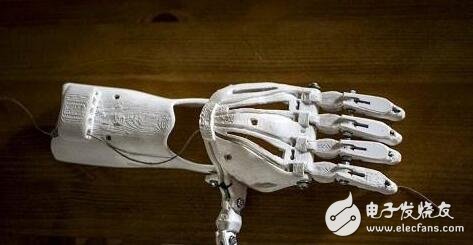 The number of 3D printers is growing at an alarming rate, and they are getting faster and faster when dealing with many new materials. As cost decreases and applications improve, 3D printed parts are becoming more popular. 3D printing uses fewer parts and lower cost materials to create complex parts in shapes that are not normally available in other manufacturing techniques. However, these experts who are skilled in using CNC machines, lathes, and milling machines are becoming more and more scarce. In the United States alone, there will be nearly two million vacancies for machine designers and software programmers in the next 20 years.

The growth of 3D printing will also require experienced 3D software experts and machine programmers. In the next two decades, the development of 3D printing technology will increase the number of employment opportunities.

The emergence and development of 3D games is showing how prominent the role of augmented reality (AR) and virtual reality (VR) technology is. While many AR&VR apps are designed for gaming applications. But it is undeniable that AR and VR technologies also play an indispensable role in other fields. They can benefit employees in areas such as automotive application design and building automation, and can help physicians perform relatively complex surgical tasks in the medical field.

Next: Overview of Global Artificial Intelligence Industry Investment and Financing in 2016